Shopping Cart
Your Cart is Empty
Quantity:
Subtotal
Taxes
Shipping
Total
There was an error with PayPalClick here to try again

Thank you for your business!You should be receiving an order confirmation from Paypal shortly.Exit Shopping Cart

The broadcasting of the Coronation in 1953, was without doubt one of the most significant milestones in the history of television. It was responsible for a massive increase in the number of television sets in use. In March 1953 - the month before the Coronation - figures for television licences were recorded at 2,143,452 as opposed to 1,457,000 the year before. It was estimated that 20 million people watched the Coronation service in the UK - a figure unprecedented at that time.

In the same year, the BBC decided to switch their main transmissions from Alexandra Palace to their new transmitting station in the grounds of the old Crystal Palace, and transferred other functions to studios at Lime Grove, Shepherd's Bush and White City. This brought about a five-year development plan which focused on the creation of a second BBC channel and the introduction of programmes made in colour.

In 1954, The Conservative Government drafted a Bill proposing the introduction of commercial television and the establishment of a public corporation to act as controlling body. The body was to be called the Independent Television Authority (ITA).

The Television Bill became law in July, 1954. The ITA service was inaugurated on 22nd September 1955 when they began broadcasting from studios in Norwood, under the direction of Sir Kenneth Clarke and a board comprising members from all over the UK. This marked the birth of commercial television in Britain. 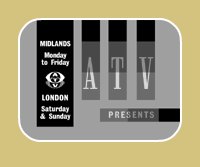 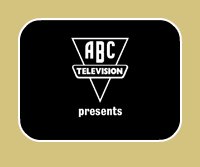 Associated British Picture Corporation (ABC) - already a household name as the group behind the hugely prolific cinema chain - began broadcasting for television at weekends in the midlands and later in the north of England. In 1956, Granada followed with broadcasts to north-west England on weekdays.

By April 1957, the adult television viewing population was estimated at 19.5 million. Viewers spent an average of 40% of their evenings watching television and those receiving ITV spent around two thirds of the time watching commercial television.

The BBC had been developing plans to introduce a second service since 1953, but because no firm decision had been reached by government about which line definition system Britain would adopt, this could not proceed and it was not in fact to become a reality until 1964.

Television changed the behaviour of a nation, with many families hurrying through meals so as not to miss their favourite programmes, and others watching whilst eating.

Programming of the decade ranged from ‘cosy’ television such as The Good Old Days - harking back to the golden days of Music Hall - together with Sunday Night at the London Palladium featuring more contemporary entertainment.

Long-running dramas came in the form of shows such as the immensely popular police drama Dixon of Dock Green on the BBC, which was to run for over 20 years; whilst similarly over on ITV, Armchair Theatre began in 1956, and ran until 1974, changing the style of the British television play forever. Such shows sustained the genre of ‘theatre’ style productions popular with radio listeners in preceding decades.

The BBC’s offerings in this genre included two landmark serials scripted by Nigel Kneale. The Quatermass Experiment (1953) - a science-fiction drama the likes of which had never been seen before - has since attained ‘cult’ status, having spawned a host of other offerings in the science fiction genre in the decades to follow. This was followed in 1954 by Kneale's adaption of George Orwell's Nineteen Eighty-Four starring Peter Cushing, which was revived with a revised script in 1965.

A wave of American detective and western series on ITV was to wet the nation’s appetite for action and adventure, prompting TV mogul Lew Grade to commission The Adventures of Robin Hood - a gamble upon the success of which Grade was to build his TV empire.

To view a sample gallery of 1950s ephemera, click on the target; or to continue with The Story of Television, follow the link to the next page.